An energetic young farmer named Shri Ramen Kalita, S/O – Purna Ram Kalita, aged about 30 years hailing from Sundarisal village under ADO circle Kamalpur of Kamrup district has cultivated Capsicum in about 5 (five) bighas of land of his own under Horticulture sector, 2014-15 & 2015-16.

And, Shri Kalita has earned about Rs. 1.50 lakhs by selling those Capsicum in this current season.

Now, Shri Kalita has planned to extend the said area for cultivation of Capsicum in the coming season considering the income got from the produce.

By observing the income of Shri Kalita other farmers of that locality are also interested for cultivation of Capsicum in the next season. He has earned approx. Rs. 1.50 – 2.00 lakhs yearly by selling his produce in the wholesale and retail markets of greater Guwahati.

Now, Shri Das has planned to extend the area for cultivation of those flowers in the coming season. During the process of promotion of 10 Farmer Producer Companies (FPO) by the Directorate of Horticulture & FP during the year 2015-16 under RKVY Scheme initiated from May 2016, all the 10 FPOs’ are  actively engaged in various activities as per the directives and Govt. Guidelines. They later registered as Farmers Producer Companies (FPC) and are now in progressive path of growth. But, out of the 10 FPCs, 2 Nos.  FPC namely; Jirsong Agro Producer Co. Ltd, Diphu and Amlighat Banana Producer Company Limited, Morigaon, shown a positive sign of success which is apparently visible from their activities and that to within 7 months after being registered as FPC.

Upon formation of FPC in November 2016, Jirsong Agro Producer Company Ltd. registered a sale of Rs 54.00 lakhs from Ginger during January to March 2017. This can be termed as a record achievement for any FPC within 3 months after registration. The achievement is worth recording as the product is Ginger grown in  Karbi Anglong where farmers faces lot of difficulties to bring the produce from the hills for marketing coupled with other other logistic problems. Availing the planned support from the Government with lot of encouragement from Horticulture Directorate, this FPC is planning  more activities in years to come and  will definitely establish itself as  “ Successful FPC”  within the time limit of promotion of  3 years.

On the other hand, Amlighat Banana Producer Company Ltd, has been registering a growth after 3 months of registration as FPC. They have made a good awareness campaign  within the farmers communities  for  better production, started social awareness by providing carbide free Banana for consumers. They have already setup the Company office and planning to establish a primary processing unit at farm gate. Also, started retailing of Carbide free banana in different places of Guwahati City. Banana being a high value and demand crop, they are planning to increase the production linking with markets, in a big way by the end of 2017. A women farmer Mrs. Monowara Bibi, aged 45 years W/O : Umar Ali of village Behbari under ADO circle Loch cultivated squash in 01 (one) Bigha land as trial basis. The cultivation of squash in their locality was the first time.

The entire cost of cultivation for one bigha was around Rs. 20,000/- and she earned Rs. 70,000/- by selling in whole sale market at Rangia as per her statement. Now, she is very much satisfied and also determined to extend the area upto 5 (five) bigha in coming season. Moreover, by seeing her success, around 3-4 nearby farmers are showing their willingness to cultivate such squash cultivation in the coming season. SUCCESS STORY OF STRAWBERRY UNDER THE HORTICULTURE SECTOR, 2015-16 UNDER KAMRUP DISTRICT

Under the Horticulture scheme, 2015-16, an innovative crop viz. Strawberry was successfully cultivated and has earned fame for Boko area under Kamrup district. A farmer named Shri Krishna Kt. Boro, S/O – Shri Nimai Boro of village Bhogdabari under ADO circle Borgaon under Kamrup district is an energetic farmer. He has cultivated Strawberry in nearly 1 (one) Hac. of land of his own and has earned about Rs. 15 lakhs yearly by selling that produce in different markets of greater Guwahati.

Another one educated woman farmer named Mrs. Gitu Bhagawati Pathak, W/O – Jnanedra Pathak of village Nagarbera under Kamrup district has also cultivated Strawberry in a plot of land of nearly 1.5 Hac. in the village of Pijupara, Nagarbera greather Guwahati. It is to be mentioned that Mrs. Bhagawati Pathak is a Master Degree holder.

By observing the profit made by Mrs. Bhagawati Pathak by selling Strawberry, presently other farmers of that locality are also interested for cultivation of Strawberry in the next season.

Presently, both Shri Krishna Kt. Boro and Mrs. Gitu Bhagawati Pathak are cultivating Papaya from the profit earned by selling those Strawberry cultivation in about 20 (twenty) bighas of land jointly with five other farmers of that villages. Assam is still to reap the benefits of high yielding varieties of vegetables as is evident from the fact that the vegetable production is still dominated by the locally available genotypes or inferior landraces all over state including NEH.

Thus, there is need to encourage high yielding and disease resistant hybrids for vegetable cultivation. Hybrids are well known for increasing vegetable production due to its high yield potential, earliness, quality and resistance attributes. Tomato, eggplant, pepper, cucumber, muskmelon, watermelon, cabbage, cauliflowers etc. are important crops in which hybrids are largely accepted and if available, the farmers will surely adopt such varieties to harness the increased profits.

With this objective in mind Directorate of Horticulture & F.P. has established a V-Type automated Nursery in its campus at Ulubari, Guwahati-7 to produce HYV seedlings specially of Vegetable for distribution in the Farmers Field. The Unit is running well and able to fulfill the farmers demand. 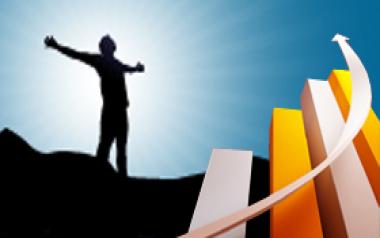